The Pocket Bunker — There are very few golf bunker training aids on the market. It is just challenging to design a training aid that can simulate the feel of a bunker as well as teaching the necessary golf swing. Pocket Bunker does a great job at both.

At first, when you look at a Pocket Bunker ball, it seems strange. It looks like an octopus with a dimpled white head and neon green or blue legs. The next impression is that it seems like a toy.

Well, it is not an octopus toy. The Pocket Bunker is a highly effective golf bunker training aid for teaching the appropriate stroke angle and sweep of a well-hit greenside bunker shot.

The key idea is to get the feeling that you are cutting the legs out from underneath the ball. With practice, a golfer will learn the appropriate feel and angle of attack for hitting an excellent greenside bunker shot.

By design, the Pocket Bunker will give instant feedback on whether a shot has been hit thin, fat, shanked, or correctly. A golfer will be able to tell the differences in the strike by both the feel of impact and also by the ball flight.

The Pocket Bunker is constructed of highly durable, tear-resistant material and will last for thousands of practice shots. As one reviewer put it, the Pocket Bunker is “fairly indestructible.” The “head” of the aid is made of relatively hard material and is the same size and look of a real golf ball. The “legs” are made of tough but flexible rubber.

Why Buy The Pocket Bunker:  Hitting out of bunkers is one of the most intimidating shots for golfers. With Pocket Bunker practice, a golfer will learn the best swing set up and path to get the ball out of the bunker on the first try. The aid is a huge confidence builder.

Hints for Best Use of the Pocket Bunker Training Aid:

WILL THE POCKET BUNKER BREAK WHEN HITTING IT “IN THE LEGS”?

The Pocket Bunker is made of a rugged material that will withstand just about any shot you can subject it to. If over an extended period and usage, one of the legs gets severely damaged, the Practice Bunker can still be effectively used on seven legs.

CAN I USE POCKET BUNKER TO PRACTICE FLOP SHOTS?

YES. The Pocket Buner is excellent for practicing flop shots.

IS THE POCKET BUNKER SOFTER THAN REAL GOLF BALLS? CAN THEY DAMAGE WALLS, WINDOWS, ETC?

The hard white half is somewhat softer than a golf ball. At full speed, the Pocket Bunker is hard enough to break a window.

HOW FAR DOES THE POCKET BUNKER FLY AFER HITTING A SHOT?

Depending on swing speed, club type, and contact point, the Pocket Bunker will fly between 5-35 yards.

For excellent instruction on the setup and technique of hitting a greenside bunker shot, you might want to pick up either Phil Miclekson’s or David Pelz’s books on the short game. Click here for our description and review of these two great short game books.

View all posts by Brad

This site contains affiliate links through the Amazon Associate Program, Dick’s Sporting Goods and other ecommerce vendors.  We may receive a commission for purchases made through these links. However, this does not impact our reviews and comparisons, nor does it cost you any additional money. 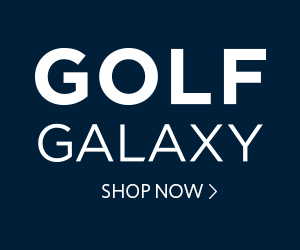